The ultra-Modern Stephen Keshi Stadium in Asaba has been picked as the venue of the opening match for this year’s edition of the Principals’ Cup Football Competition sponsored by Zenith Bank Plc.

Only on Wednesday, the stadium which hosted the Africa Athletics Championship earlier in the year, hosted the final of the 2018 Federation Cup competition which Rangers of Enugu won in a thrilling encounter that ended 3-3 at fulltime. The Antelopes won on penalties. 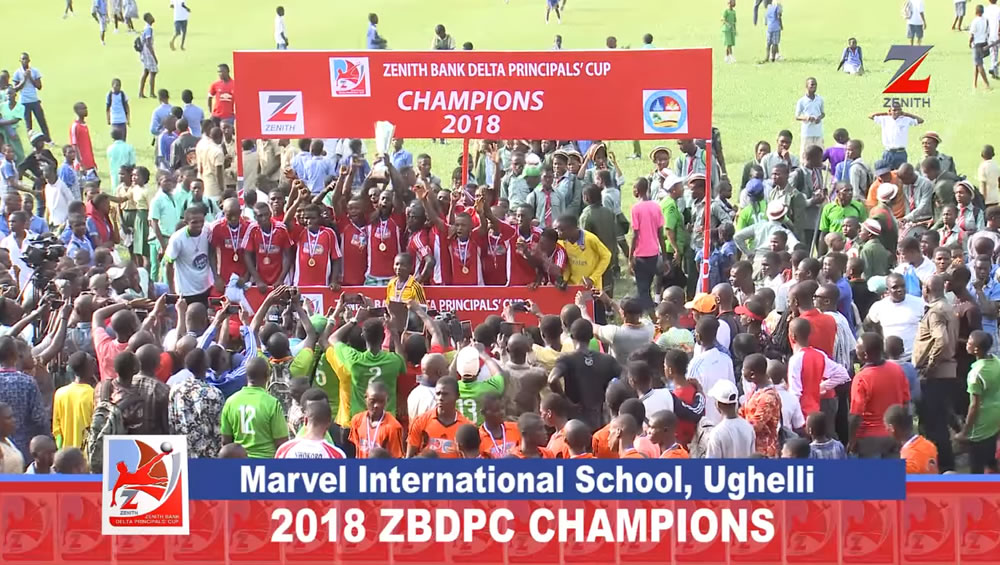 The stadium which is also being tipped to host Super Eagles soon in a competitive match will be the venue where Comprehensive High School Ogwuachi-Uku and St Anthony’s College, Uku will kick-off  the youth football competition.

The competition grounded for many years came back to life two years ago courtesy of Zenith Bank and  will be competed for by over 1,200 private secondary schools and 446 public government secondary schools in the state.

All the schools in the 25 Local Governments in the state will be competing for just a single slot in each LG.
Group Managing Director of Zenith Bank, Peter Amangbo, has assured that the competition will continue to get better with every edition.

“We expect a keen contest and urge the organisers to ensure fair play all through the competition so that a true winner will emerges. Zenith Bank will always contribute to talent hunt and boost sports development in Nigeria,” Amangbo said.

Commissioner for basic and Secondary Education in Delta State, Mr. Chiedu Ebie and other top government functionaries are expected to grace the opening match along with officials of the sponsors, Zenith Bank.